Thoughts From the Trenches Part 2

by Rob on Wednesday 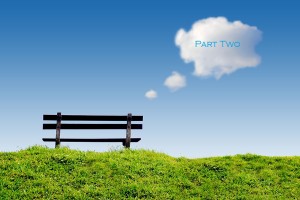 Michael sent this part in an email to me, and I asked for his permission to share (I thought it was good humor considering he could have been flattened). “Erin and I got rear-ended in my Miata by a Ford F-150, but no injuries. I joke that one of these Red-Staters didn’t like my Blue bumper stickers and decided he’d remove ’em…along with the bumper!” He assures me he is okay and he is doing well. He also mentioned something about a vanity plate he has ordered, and I can’t even begin to imagine what it says. Maybe a pic of it for the next post??? Okay on to his update:

POA 106 – Medical Dosages & Pharmaceutical Calculations was my first Phase; I didn’t do too badly with this basic math course: 98.77%. This, combined with Perfect Attendance, put me on the President’s List. I was also awarded Professional of the Phase by my instructor.

POA 101 – Medical Terminology and Human Anatomy was my second Phase; I did well here, also: 99.01%. I’m on the President’s List again with Perfect Attendance; I anticipate winning Student of the Phase this time, since my instructor likes to share Student & Professional around.

I convinced the Program Director, Judith Neville (you can find Judy’s name on the cover of several texts we use) to allow me to test out of the Third Phase, POA 103 – Integrated Software Applications.

ISA covers all of Microsoft Office, including Access. Now, I’ve been using Office for many years, so I figured this would be easy. I was SO wrong! Certainly every aspect of changing text color, size, indentation, et cetera, plus creating/modifying slides and spreadsheets, and creating/linking databases was simple. I figure I got better than 90% of that.

But college requires more than the basics; when was the last time you had to create a database, link it to a Word document *and* a spreadsheet *and* a PowerPoint slide? Then break those links while leaving the information and/or chart/graph visible win each of the other documents? Those were processes I had never had to do in any of my career posts. I knew I had weaknesses, but holy moley!

In the end, this was a Pass/Fail test-out, but in order to pass, I had to score 70% — with a 73% score, I *just* made it! So that eliminates ten weeks and all the associated costs: Tuition, Books, Fees. Not to mention forty 30-mile round-trips’ worth of gasoline (roughly $200). All told, that’s a good $5000 of student loans eliminated.

I’m now in POA 201, which is primarily a review course and Externship; I’m at a disadvantage, having jumped ahead three Phases. This is a bit tough already because the first week was a short one, interrupted by Thanksgiving. Classes started on Monday and we had our first tests on Tuesday: 20 Name/Generic/Class drugs, and Ch 1-3 of this Phase’s textbook. I got 80% on each of those, but I can improve as the weeks go by.

I’m also taking College Algebra, which fills in the 13 Credit Hours required to remain a full-time student; this shouldn’t be too difficult, seeing as how I took Calculus when I got my AA in Electronics Technology. Back in 1980!

I want to thank Michael for sharing his experience with us, and commend him for thinking outside of the box to shave off some school time and save some money. If you have any questions for Michael, leave a comment and I will make sure he gets them. -Rob

Comments on this entry are closed.